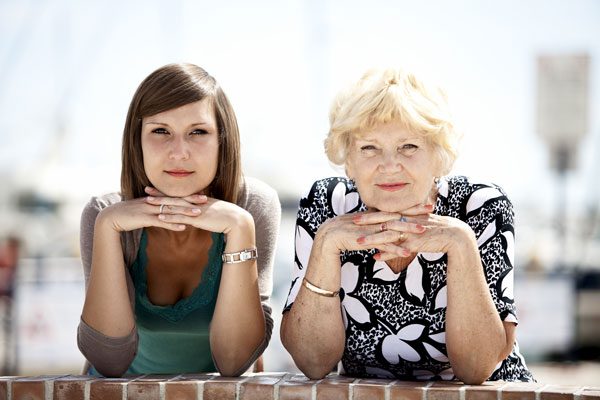 Although the opioid crisis attracts the most media attention, prescription benzodiazepines are also being abused at record high rates.

An Overview of Benzos

Benzodiazepines, often simply referred to as benzos, are a class of medications that includes drugs such as Ativan, Klonopin, Valium, and Xanax. They are most often used by doctors to treat anxiety, but can also be prescribed for seizures, insomnia, or alcohol withdrawal.

Benzos prescriptions have risen sharply in recent years. A recent study in the American Journal of Public Health revealed the number of benzodiazepine prescriptions increased by 67 percent from 1996 to 2013. This increase in the use of benzos has led to a rise in addiction related health problems, as well as overdose deaths. There were 8,791 benzos related overdose deaths in 2015—almost eight times the level from 1999—according to data from the National Institute on Drug Abuse.

The teen years are notably a time for experimentation, which is a dangerous mindset when it comes to substance use. Teen benzos abuse often starts due to misinformation about the harmful effects of the misusing the medication. A report from the Pew Charitable Trusts says teens mistakenly believe Xanax and other benzos are a safer alternative to heroin or prescription opioids.

Teens are attracted to the sedating effects of benzos, believing that these drugs offer a chance to escape from worries about school, friends, family, and the general turmoil of adolescence. Young people with undiagnosed mental illnesses such as depression are particularly vulnerable to this form of substance abuse.

The most common way for teens to obtain benzos is to steal the drugs from a parent, grandparent, or adult relative. However, there are also reports of teens buying the drugs on the dark web or attempting to make homemade versions in their bathtub.

Mixing alcohol with benzos is a fairly common behavior, but one that is extremely risky. Alcohol enhances the sedating effects of benzos, greatly increasing the risk of fatal respiratory or cardiac complications. To further complicate matters, teens in distress may not get the immediate medical attention they need if their friends are worried about getting in trouble with their parents for substance abuse.

Benzos abuse in teens typically results in decreased academic performance, lack of interest in extracurricular activities, changes in friends, moodiness, and complaints of severe fatigue. However, since these symptoms are also commonly associated with puberty in general, it’s not always easy for parents to identify a problem until a crisis situation occurs. To further complicate matters, some teens may meet the criteria of a functioning addict.

Benzos addiction in people age 60 and over is often an accidental addiction. Adults in this age group are frequently prescribed benzos to deal with common side effects of aging such as trouble sleeping and anxiety related to retirement or the death of a spouse. They can develop an addiction by forgetting to take the medication exactly as prescribed, especially if they are using high numbers of prescription drugs to manage multiple medical conditions.

Since the public often perceives substance abuse as a problem affecting young people, benzos abuse may be easily overlooked in older adults. The confusion and memory impairment that is commonly seen when taking high doses of benzos may be mistaken for signs of early dementia. This problem is compounded by the fact that seniors are often socially isolated, which means there are fewer people who have an opportunity to intervene when signs of benzos abuse appear.

Benzos abuse also leads to dizziness, visual impairment, and a general loss of coordination, which increases the risk of falls and other injuries. This is a grave concern for seniors, since a fall can lead to problems that affect the ability to continue living independently.

Like teens, seniors may be increasing their health risks by mixing with benzos with alcohol. However, while teens are often simply unaware of the danger of mixing medications with alcoholic beverages, seniors who engage in this behavior are often those who have struggled with alcohol use disorders throughout their adult lives.

An article in Mayo Clinic Proceedings outlines the dangers of benzos abuse among seniors in greater detail, stressing that primary care doctors should avoid the use of benzos unless all other treatment options have been unsuccessful. However, the article notes that many primary care doctors are often reluctant to change their prescribing practices due to worry that seniors will not be open to the use of cognitive behavioral therapy (CBT) for anxiety or insomnia.

Getting Help for Benzos Addiction

Addiction to benzos is not a moral failing that can be addressed through willpower alone. Someone who is addicted to benzos needs professional care, including medically supervised detoxification to prevent dangerous withdrawal symptoms. Intensive counseling, in the form of both group and individual therapy, is also necessary to address the underlying concerns that led to the development of the substance use disorder. With a treatment plan tailored to fit individual needs, a brighter future is always possible.