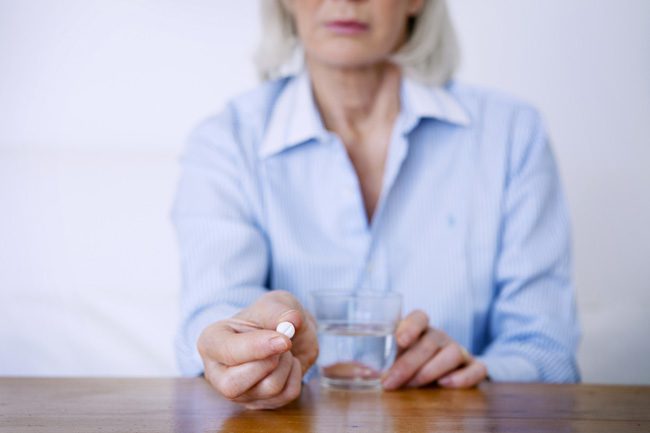 While it may seem that substance abuse is isolated to a younger crowd, dependence is prevalent in all communities.

In fact, according to the Substance Abuse and Mental Health Services Administration (SAMHSA), more than one million people 65 and older were reported to have a substance use disorder in 2014. The majority of those, some 978,000, were dependent on alcohol.

Although substance abuse tends to decrease as people age, the number of senior citizens dealing with addiction is expected to increase from 2.2 to 3.1 percent by 2020.

Breakdown of Substances Most Commonly Used

According to a study reported by Treatment Episode Data Set (TEDS) in 2012, of the 65 or older individuals who entered treatment on an average day:

Admissions to substance abuse treatment aged 65 or older were referred primarily by the following sources:

Substance abuse in seniors is commonly overlooked due to other health conditions or possible misdiagnosis.

Some common factors that lead to misuse or abuse of alcohol or drugs include:

Signs of Addiction in Seniors

The symptoms of drug dependence in seniors are different from younger individuals. Because of this, addiction is often overlooked in older people.

Some symptoms to look out for, as suggested by the National Council on Alcoholism and Drug Dependence (NCADD), include:

What Is Considered Moderate Drinking?

How many drinks are too many? Moderate drinking, according to the dietary guidelines noted by the National Institute on Alcohol Abuse and Alcoholism, is up to one drink a day for women and up to two drinks a day for men. Men are allotted more alcohol because of the difference in the way alcohol is metabolized between men and women.

Research suggests that because of biological differences, women are more vulnerable to not only the immediate effects of alcohol, but also the long-term consequences of organ damage. In short, a man and woman who consume equivalent amounts of alcohol will achieve different results. With less water in the body, the woman will become impaired quicker. In the long-term, women are more vulnerable to developing alcohol-related diseases, such as cirrhosis, in shorter amounts of time.

Alarming Statistics Published by the NCADD

It’s important to remember that you need not address this issue alone. Part of the problem can often be a lack of awareness in the individual suffering, as addiction can often be conflated with partying and illegal activity. Seniors who are struggling with addiction often appear to be high functioning to the casual observer.

Support groups can help educate and build community for elderly, especially those who are living alone. This can help initiate a pathway toward living a life away without substance substances.

Therapy can also be beneficial, helping the individual identify the source of the problem and guiding them toward a solution. Fair Oaks offers outpatient treatment programs for men and women of all ages.