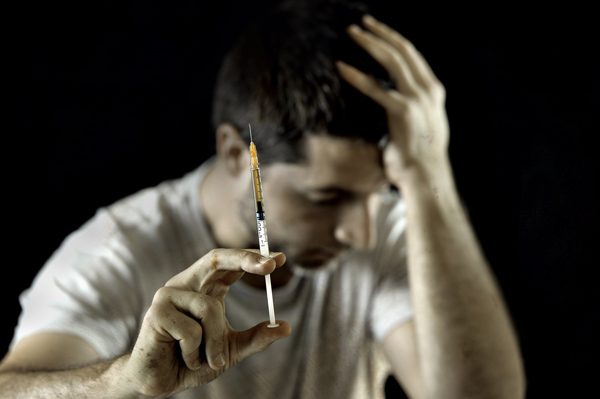 Any type of addiction hurts families. When someone is addicted to a substance, they may:

Heroin users have all of these general addiction issues and a few more. Heroin is an illegal, controlled substance that requires constant use to avoid harsh withdrawal symptoms like fever, diarrhea, chills, and excessive sweating. Heroin users feel the urge to use more drugs approximately four to six hours after every use. Heroin is an expensive, time-consuming addiction. Not only does the addict use a lot of the family’s financial resources chasing and using drugs, but their “high” can also look like an overdose, making them unavailable to their children and other family members. Some addicts are drawn to criminal activities such as prostitution or theft to support their habit.

When the family member goes into a heroin overdose, effects on family are devastating. Consider:

“A woman lies on the floor of the Lawrence Family Dollar store after an apparent drug overdose with her child nearby. ‘It’s very disturbing to see someone like this,’ Fitzpatrick told WBZ-TV. ‘It’s obvious addiction has overtaken them, to the point of not being able to take care of their child.’ The woman collapsed at 10:24 a.m. on Sunday morning. The toddler “was just crying and crying and crying” reported the Eagle Tribune. Following the incident, the child was taken into emergency custody by the Department of Children and Families. A similar story made headlines on September 7, when East Liverpool, Ohio’s police shared chilling images of a man and woman who had allegedly overdosed in their car while a 4-year-old boy sat alert and helpless in the backseat.” (Abrahamson, R. P. 2016, September 22).

In these cases, the addicts survived. However, all alcohol/drug addicts face the real possibility of death from their addiction, and heroin users face an extremely high possibility of overdose.

When heroin users have close calls and are brought back from an overdose, they induce extreme confusion and fear in all family members, especially children.

Heroin is dangerous because it can easily lead to overdose and death. The drug attaches to opioid receptors in a person’s brain, and some of these receptors are located in the brainstem, which controls vital functions such as breathing and blood pressure. The overdose affects family in that the members may feel guilty and depressed along with suffering the grief of losing their loved one.

If you or someone you love is ready to seek help, please contact the professionals at Fair Oaks Recovery Centers today at (888) 989-9690.