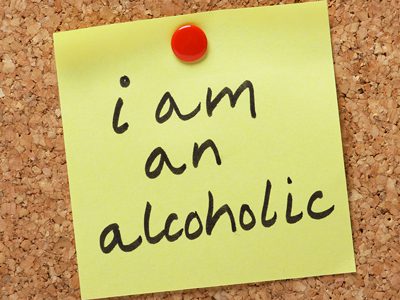 The terms “alcoholism” and “alcoholic” are used frequently to describe all manners of alcohol abuse and alcohol addiction, often times inaccurately.

Is there really a difference between problem drinking vs. alcoholism? There is; it’s not just semantics. The National Council on Alcoholism and Drug Dependence (NCADD) says that alcohol is the most commonly used addictive substance in the United States: 17.6 million people, or one in every 12 adults, suffer from alcohol abuse or dependence along with several million more who engage in risky, binge drinking patterns that could lead to alcohol problems.

Problem drinking refers to individuals who have a heavy drinking habit, or perhaps a binge drinking issue that has become problematic.

They drink too much, too often. Most people who have become problem drinkers have begun experiencing consequences from their drinking habits that interfere with everyday life. These ramifications often negatively affect a person’s personal life, including relationship difficulties, problems at work or school, and so on. You could even refer to it as a lifestyle issue, in a sense, because the problem drinker has gotten used to using alcohol as a part of their routine.

It would be easy for someone to look at this problem drinker and think, “They are probably an alcoholic. They drink quite a lot and have difficulties directly influenced by their drinking.” But, is this particular individual actually an alcoholic? Maybe, and maybe not. They may be on the verge of becoming one; that is certain. The main difference between problem drinking vs. alcoholism is whether or not a person’s body has become dependent on alcohol. Alcohol dependence also includes the psychological/mental factor of addiction. In short, an alcoholic is completely dependent on alcohol. They cannot stop drinking on their own, no matter how hard they try. Problem drinkers are at a higher risk of become alcoholics, simply because they use the substance so often and likely in high quantities.

If you or someone you love are struggling with alcoholism or problem drinking, help is available and recovery is possible. Don’t be afraid to reach out; you are not alone.

To find out more about services offered by Fair Oaks Recovery Center, please contact us anytime at (888) 989-9690. We’re here to help.
PrevNext