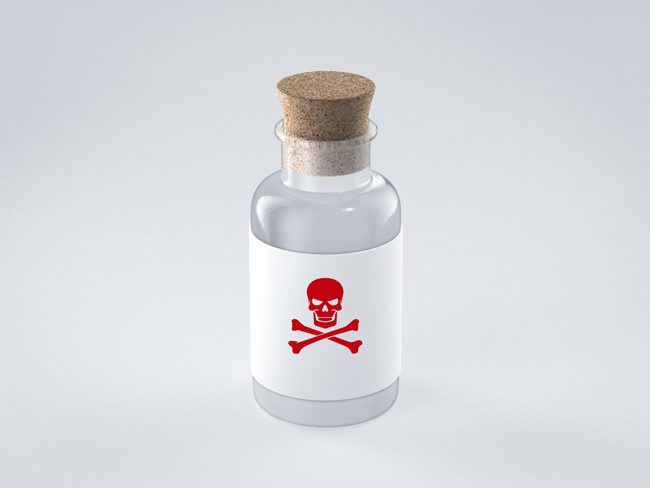 The opioid epidemic has had a staggering impact on the United States, killing Americans across the country at alarming rates, but it has now taken on an additional terrifying dimension thanks to a synthetic opioid known as fentanyl.

According to the National Institute on Drug Abuse, “In 2016, synthetic opioids (primarily illegal fentanyl) passed prescription opioids as the most common drugs involved in overdose deaths in the United States.” The number of people killed by fentanyl rose another 47 percent in 2017, according to the Centers for Disease Control (CDC), in spite of rarely being identified as the drug of choice by people struggling with addiction.

Fentanyl was initially developed as a pain reliever for the intense pain experienced at the end of life by cancer patients. The CDC reports that pharmaceutical fentanyl is 50 to 100 times more potent than morphine. It is typically available as a transdermal patch or lozenge and while it is possible for this to be diverted for misuse in the U.S., most of the fentanyl making its way onto the streets is illegally made in other countries and then smuggled into the United States.

Big cities are being hit hardest in the United States, according to a report by The Washington Post. The report quotes Chuck Rosenberg, acting administrator of the DEA, “It cuts across all demographics, race, gender, and socio­economic status,” he said. “It’s everywhere all the time.”

Not What it Seems

Because it is so powerful and is being sold as multiple other drugs, the number of people likely to experience an overdose from fentanyl has greatly increased. While there are some people who use fentanyl by choice, it has been widely reported that most people buying it think they are buying something else entirely.

The United States Drug Enforcement Administration reports, “Fentanyl is added to heroin to increase its potency or disguised as highly potent heroin. Many users believe that they are purchasing heroin and actually don’t know that they are purchasing fentanyl—which often results in overdose deaths.” This isn’t surprising, considering that fentanyl is approximately 50 times more potent than heroin.

Not only is fentanyl being added to heroin, but also to cocaine, according to the CDC. Many people who use cocaine are not aware of this possibility.

The Guardian has also reported that fentanyl is sometimes disguised as Xanax, a prescription anti-anxiety medication that is often abused. Xanax users may be especially susceptible to overdoses, according the report, as they are less likely to have a high tolerance for opioids.

While fentanyl is bad enough, there is still worse news. Derivatives of the drug are now spreading as well. An even more potent derivative of fentanyl that is making its way into supplies of drug dealers around the country is carfentanil. It is up to 100 times more potent than fentanyl and is often used to sedate elephants.

Another suggestion in the fight to reduce fentanyl overdoses, which is recommended by harm reductionists, is for individuals who use drugs and low-level dealers to test their supplies for fentanyl. While there are three ways to test drugs for fentanyl, Scientific American sites a study by Johns Hopkins and Browns Universities indicating that the most effective is also only $1 to $2 per test. The solution is a testing strip, which resembles a pregnancy test and can be purchased online. The strips currently test for fentanyl and 10 of its derivatives.

The Johns Hopkins researchers found “70 percent of the 355 users interviewed for the study said that if they knew a substance contained fentanyl, they would either not consume it at all, would use it more slowly or would use it in the company of someone who has naloxone,” all of which are considered safer options than if they had used the drug as they would normally use their drug of choice.

Critics of the testing strips point out two possible shortcomings:

Even if a person uses with someone watching them for symptoms of overdose, it is important to remember that the amount of naloxone needed to reverse an overdose from fentanyl is significantly greater than from other opioids, because fentanyl and its derivatives are substantially more potent than other street drugs.

Also, any person who suffers from an overdose should be immediately taken for emergency medical care. They can re-enter an overdose state rapidly if the naloxone wears off before the opioid is out of their system.

Fair Oaks Recovery Center is here to answer any questions you may have about drug use, addiction and recovery. Our treatment programs can help you or your loved one develop a solid foundation for lasting sobriety.

For more information about programs offered at Fair Oaks Recovery Center, treatment for opiate addiction in Sacramento, please call us today at (888) 989-9690.
PrevNext