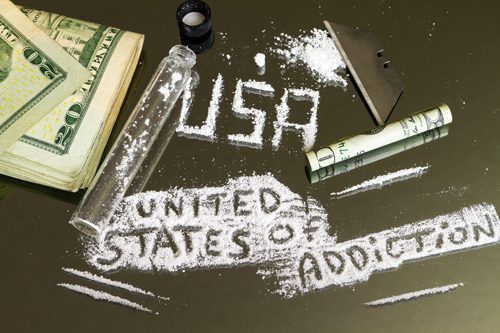 Stated as the deadliest drug crisis in American history, the opioid epidemic is not only killing people, but it’s also stealing friends, mothers, fathers, children, lovers.

Nationwide, drug overdoses have now risen to the leading cause of accidental death according to the United States Center for Disease Control, which states that 91 people die from drug overdoses per day in America. This number includes deaths caused by heroin and prescription pain relievers.

In a recent LA Times news article by Soumya Karlamangla, researchers and experts discussed how California rates in the national opioid epidemic. Nationwide, the regions with the highest rates include the Midwest, Applachia, and New England.

“In West Virginia, the state hardest hit by the epidemic, 41 of every 100,000 residents died from drug overdoses in 2015, according to the CDC. In California, that rate was 11 — the seventh-lowest in the nation.”

According to the CDC, twenty years ago, California was rated as one of the leading states in drug-related deaths. The number continued to increase over the next twenty years—a 30 percent increase. But other parts of the nation increased even more.

So what makes California different? Public health experts do not agree.

Fentanyl is a highly addictive, synthetic pain reliever that is similar to morphine except that it’s 50 to 100 times more potent. Heroin laced with fentanyl is called things like China White, Apache, Murder 8, Dance Fever, and Jackpot. Fentanyl is a prescription but, according to the National Institute on Drug Abuse, a majority of the fentanyl linked to overdoses is made in clandestine laboratories.

So the inability to lace black tar heroin with fentanyl may serve as a partial answer for the leveled out reports of opioid overdose in California. Yet, the seeming lack of fentanyl in California could be changing.

Another theory is that doctors working in urban centers of California are reported as having not prescribed pain relievers to people who are non-white. In places such as Los Angeles, where the population is a diverse mix, residents may have been safeguarded against prescriptions.

Many people say that their addiction to opioids began with prescription pain killers that they were either prescribed or offered at a party. Then, once they were addicted, heroin eventually became a cheaper and more convenient substitute.

This is not to say that California has escaped the opioid crisis.

As a state, the most people overdose in California, but that is due to its relatively high population. However, if you were to split the state up regionally, parts of California, especially in the extreme north, would rate worse in overdose than West Virginia. These are regions where prescriptions are written more excessively.

What can we do in the face of this crisis?

On October 26, President Trump declared the opioid epidemic and a health emergency. His overall plan was to focus on preventing the problem by telling children at an early age not to do drugs. The problem with this plan is that it has already been tried with the war on drugs.

When I was a child, I completed D.A.R.E, a drug prevention program focusing on just saying no to drugs. In this program, we watched disturbing movies about the dangers of drugs and the adverse effects of drug abuse.

Yet, when I said yes to drugs, it was never because I mistakenly believed that drugs were good for me. Rather, I used drugs to escape from an overwhelming pain and anxiety I began experiencing at an early age.

Now I know that I was suffering from major depression and anxiety disorders. Had more focus or attention been centered around understanding the signs of mental well-being, perhaps I would have been treated before I ever began to self-medicate.

In my opinion, drug abuse is not about a lack of awareness about the dangerous and even murderous outcomes of drugs; instead, drug abuse stands as a symbol for a much deeper, societal malaise.

Gabor Mate, a bio-sociopsychologist who has spent over a decade examining drug addiction and society, writes in his book In the Realm of Hungry Ghosts, “No society can understand itself without looking at its shadow side.”

By only looking at addiction through the lens of substance, might we be missing something? In other words, rather than asking Why the addiction? we should be asking, Why the pain?

No matter where you live in the United States or worldwide, don’t give up on hope or yourself. As Mate reminds us: “The revelations of the soul all assure us that no human being is ever beyond redemption. The possibility of renewal exists so long as life exists.”