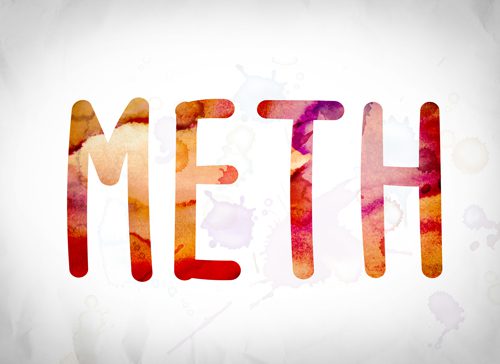 Methamphetamine use is truly a study in instant gratification.

The first time a person uses meth there is an instant sense of euphoria, concentration, and well-being. Users report feeling focused and confident. Meth reportedly is equivalent to six times the effect of dopamine, the natural release found with exercise, sex and a few other activities. There, according to hundreds of reports is simply no comparison. This incredible sense of pleasure and power drives the addict back for more. However, after the first use, it requires more and more of the drug to achieve that euphoric state and the toll on the body begins to rise. What are the side effects of Meth? They are devastating.

Side Effects of Meth on the Brain

The most amazing effect is that Meth users get addicted to the sense of euphoria. One of the effects of using meth on the brain is that the dopamine receptors become damaged making it impossible to feel pleasure. Some researchers report that this may be able to be reversed, certainly the active user who is requiring more and more of the drug is not going to enjoy the high they are after as they systematically destroying their ability to feel any pleasure at all. Psychosis behavior can and often does set in and there is evidence that cognitive damage is permanent.

An artificial sense of well being and energy can cause a person to push themselves beyond their natural human capacity. When they go off the drug they can “crash” and become very psychologically unstable. Prolonged use of meth discolors the teeth, rots them and causes them to fall out. This is commonly known as “Meth Mouth.” There are short and long term effects and they are listed below.

Meth use is attractive to many substance abuse users both because of the extreme euphoric high and because meth can be and often is, produced locally. Meth labs come into rural areas sometimes undetected or in cities for a short time and then disappear. In 2007, meth declined sharply but appears to be on the rise again. Given the devastating side effects of meth, with the rise usually comes an increase in enforcement. Meth production and use goes up and down but for those addicted, it is a ticking time bomb and a debilitating addiction.

For more information about how Fair Oaks Recovery Centers can help you or your loved one overcome addiction , please contact us at (888) 989-9690. Most insurance accepted – Call today!