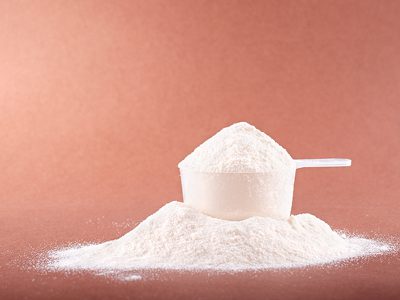 For millennia, alcohol has been used as a social lubricant for communal gatherings.

Its history of use can be followed as far back as 7000 BC in China, according to the Foundation for a Drug Free World’s website. As one of the oldest used substances, alcohol has been a popular drink for celebrations, ceremonies, and even church services.

Yet it wasn’t until April 2014 that the first powdered alcohol came on the market: Palcohol.

Palcohol is a powdered form of alcohol which can be mixed with 6 ounces of water to have a cocktail on the go, or it can also be consumed as is in powder form, though this is not recommended. Palcohol was created by Mark Phillips, whose intention with the product was to facilitate outdoor and travel applications, such as allowing a more convenient method of carrying alcohol on hiking trips or flying on an airplane without the burden of bottles or cans.

Palcohol is sold in one-ounce packets, and includes premixed cocktail choices such as Powderita, the powder version of a margarita, as well as a cosmopolitan.

While it took some forty years to come to fruition, “the actual process of producing powdered alcohol dates back to 1972, when General Foods Corporation obtained a patent for the process,” an article in Forbes magazine states.

The advantages of Palcohol listed on the website include:

Advantages posed for the industrial use:

While the freedom to innovate new products does hold a valid argument, the potential risks of powdered alcohol are somewhat more alarming, especially in terms of underage drinking and the lure of the novelty substance for teenagers. The small, portable product is easier to conceal at school, games, or concerts. It’s also easier to slip some into someone’s drink (Note: this argument was dismissed by Phillips as he said the powder must be vigorously stirred in order to break down).

Another problem arises with the novelty of the powder form and fun flavors Palcohol offers. The powder could also be snorted, which would severely irritate and inflame the nasal passage due to the sugar and alcohol content.

There is also the danger of the product being mixed with other drugs such as cocaine or marijuana, thus exacerbating the chance of alcohol poisoning. Each one-ounce product, when mixed with water, is equivalent to the alcohol percentage of one standard cocktail.

Without understanding the product, or being urged by peer pressure, teenagers could use the product in excess by mixing it into foods, increasing risk of alcohol poisoning.

According to the National Institute on Alcohol Abuse and Alcoholism, the effects of alcohol vary according to a range of factors including:

Alcohol is the third leading cause of preventable death, taking some 88,000 lives annually in the United States, according to NIAAA, following nicotine use as the leading cause, and diet and inactivity as the second.

According to a 2015 study on underage drinking in the United States:

There are many consequences of underage drinking, including impairment of the adolescent brain’s development and the risk of developing alcohol use disorder. Further, underage drinking is linked with other acute injuries such as sexual assaults and automobile accidents.

Like with any new product on the market, it’s hard to predict all outcomes and potential risks versus advantages.

Yet, with underage drinking already suffering high rates, is it worth putting another addictive product out there?

According to an article in Forbes magazine, not even thirteen days after Palcohol was approved by the United States Alcohol and Tobacco Tax and Trade Bureau, it was revoked. And since, Palcohol has been banned by 35 states according to the 2017 legislature.

Maryland’s ban is defined as temporary. Colorado, Delaware and New Mexico have included Palcohol in their legal definitions of alcohol and thus are regulating the product under their existing alcohol laws.