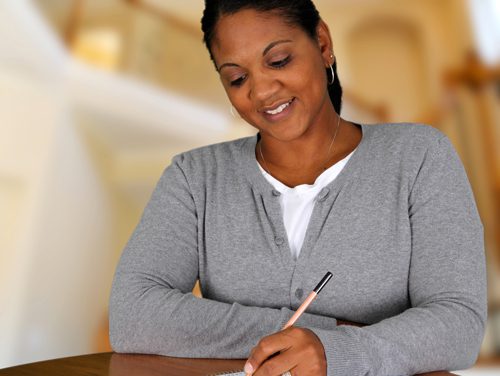 When I was struggling with substance abuse, I often found myself on New Year’s Eve, once again, making a promise to myself that I would quit cold turkey.

The problem was, I was trying to upend my life in one stroke, a near impossible feat. Instead of building a foundation on which to begin a road to recovery, I only sabotaged myself. My failure is not an anomaly in a sea of unfulfilled New Year’s resolutions.

According to an article published by the History Channel, as a species we’ve been practicing the art of resolution since ancient times. Four thousand years ago, the ancient Babylonians are said to have begun this tradition; yet, rather than using the resolution as a promise of self-improvement, they made offerings to the pagan gods. If they kept their promise, the gods would look out for them. If they failed to uphold their pledge, they were doomed to suffer.

Nowadays, resolutions are made by some forty-five percent of Americans, but only eight percent of people achieve them. But why?

While there are many theories underlying the inevitable resolution flop, it is most likely that we set ourselves up to fail by making all or nothing resolutions such as becoming vegan or exercising everyday or quitting a longtime battle with substance abuse.

So how do we make positive improvements as the new year sets forth? Rather than shooting for the sun, lower your expectations.

Say what?! That’s right. You need to learn to lower your expectations.

While creating goals with such grand expectations hold an immediate allure, setting smaller goals actually have a greater chance at implementing change that will last. The great thing about small change is that it inspires other small changes, and before you know it, you are staring into the eyes of a new you.

Next, revise your goal to make it tangible.

Rather than saying that you want to lose weight, vow to stop buying potato chips and ice cream. In other words, be specific. Saying that your goal is to stay sober is not as comprehensive as committing to a specific plan. Make a pledge to attend two meetings a week.

Don’t let a small slip up shatter your ambition.

The new year is now well on its way, and you may be thinking that it’s too late to make resolutions that you have already broken. But the fact of the matter is that you are human and allowed to make mistakes.

It’s ambitious to maintain a rigid mental state that allows no slip-ups, but it’s also unrealistic and likely to wear down fast. One of my favorite bits of advice comes from author Natalie Goldberg. She argues that whatever it is that we attempt to refrain from becomes an obsession. For instance, if we restrict ourselves from eating chocolate chip cookies, we will soon be consumed by the thought of eating chocolate chip cookies.

In this case, you should allow yourself a treat day. This way a slip-up will be included in the goal. Rather than getting upset with yourself, you’ll be able to celebrate achieving a more moderate goal.

Buy a diary and dedicate it solely to the purpose of documenting your progress. If you are trying to lose weight, keeping a food journal is one of the best tools for tracking your consumption because it immediately makes you accountable for food that might otherwise slip by unnoticed.

Some people use social media in order to hold themselves accountable to sticking to a goal. Post a daily or weekly update of your plan on Instagram or Facebook. Allow your friends and family to be part of your success. By externalizing your goal, you are more likely to keep it because you have people rooting for you.

Another way to stick to your resolution is to sign up for a class. If your goal is to dedicate more time to artistic expression, signing up for a weekly class in the community will surround you with likeminded folk. Sharing your work with people will situate you in a community and increase your likelihood of sticking to your goal.

One of the best ways to meet goals is to work toward a reward. If you stick to your exercise plan for a month, then reward yourself by buying a new pair of running shoes or a pair of jazzy yoga pants. It can be as small as rewarding yourself an extra day of rest after a month. Whatever it is, creating an incentive will materialize a cause and effect relationship within your goal.

Above all, believe in yourself!

We often blame a lack of willpower for not being able to stick to a plan. But the truth is, willpower is malleable. If you believe in yourself, you will create a pathway for success. Blaming a lack of willpower will create a self-fulfilling prophecy.
The most significant change I’ve ever made was vowing to stay sober, yet my clean date has nothing to do with a New Year’s resolution. It does, however, have everything to do with believing in myself.