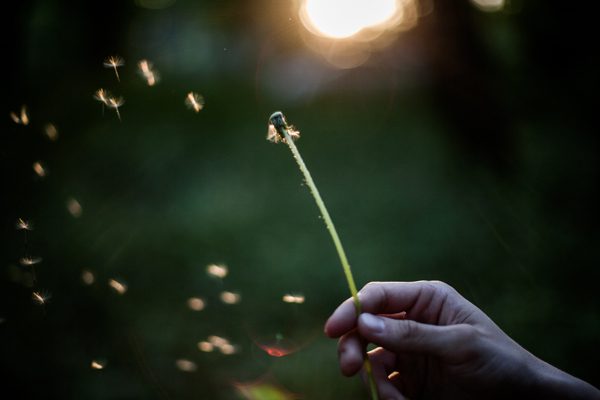 Children are especially vulnerable to the secondary effects of addiction.

Without the psychological or emotional maturity to fully understand the nature of substance abuse, growing up with a parent as an addict can lead a child to feel responsible for a parent’s drinking or drug use. Along with other issues children of addicts face, problems with a stunted self-esteem can be at the forefront of future well-being.

In order to develop a secure sense of identity and establish a healthy system of self-care, it is critical for a child to be properly nurtured. Once the child reaches an age where he or she can look back and analyze early care, it can be extremely difficult to overcome negative feelings toward a parent if he or she failed to meet the child’s needs.

This isn’t to say that parents must be perfect—we all make mistakes. But adding to the usual complexities of parenting, having a substance use disorder can only widen disparities and increase maltreatment of children. The last thing any parent wants is to harm their child, but addiction is a severe and debilitating disease, and unfortunately children suffer many secondary consequences.

According to a study published in the US National Library of Medicine, children of parents who suffer from a substance use disorder are more than twice as likely to develop a substance use disorder themselves at an early age of adolescence. Most specifically, the study states, “Parental substance abuse is a marker for a host of potentially negative risk markers that also increase children’s risk for poor adjustment.”

Poor adjustment goes beyond just making a child more vulnerable to contracting a substance use disorder, but also puts them at risk for a wide variety of other negative outcomes, including emotional, social, and behavioral adjustment problems as well as challenges in cognitive and academic functioning, according to the study.

These include styles of parenting that involve greater risk of maltreatment of children, including:

Attachment patterns refer to the types of relationships we deem normal because of what we learned as children. When not healthy, individuals project their own misconceptions onto other people and tend to attract relationships that reinforce unhealthy patterns. For instance, a person may believe that a healthy attachment is one where they are continually validated and given attention. In this case, an individual will seek out someone equally as isolated and attention starved, which will only create a deeper need to connect and reinforce the longing as a sign of love.

In this complex swell of overwhelming emotional and psychological issues, how does one overcome resentment toward a parent? It would be nice if there were a clear path out of the woods for this question. Unfortunately, the road toward healing is a long and winding one that most likely will include years of therapy and re-programming the way you think about addiction, love, attachment, and most crucially—yourself

In many cases, it’s the aftermath that really takes a toll on a person’s life. It’s looking back and trying to find blame as to why you ended up the way you are. Even for the children that never become addicts themselves, without proper care, they are more likely to suffer from an array of mental health issues or relationship problems.

We’re already aware of the emotional distress harboring negative feelings has, but stress associated with resentment has the power to weaken the immune system.

At the very base, however, is forgiveness. Forgiveness, according to a study released by the American Psychological Association, can actually improve mental health and well-being. If you consider the opposite, holding onto a grudge or anger toward a loved one, it’s easy to see how freeing yourself from those negative energies can have an overall positive effect to your overall well-being.

What Exactly Is Forgiveness?

Forgiveness goes beyond just letting go, says Bob Enright, PhD, a psychologist at the University of Wisconsin, Madison in the APA study, true forgiveness goes a step further by “offering something positive—empathy, compassion, understanding—toward the person who hurt you. That element makes forgiveness both a virtue and a powerful construct in positive psychology.”

Reconsidering forgiveness this way transforms something that would otherwise take on a passive quality, such as letting go, into an intention. You are taking the hard lesson and using as it a tool to empower your own understanding of the human condition.

Forgiveness is not a one-time deal, it is a period of conscious effort and willingness to see through the eyes of another. In some ways, forgiveness is a close relative to empathy. It takes empathy to forgive someone who has hurt you.

The problem is that we overuse phrases like “I’m sorry” and “I didn’t mean it.” Hearing a parent say this to you while you were growing up and then continually being disappointed by their unwillingness or seeming inability to change can become like a brick wall between you and your ability to forgive them.

The point is not receiving an apology. The point is being able to empower your own self-love by realizing that you were not the cause nor the solution of the disease. You were the unfortunate bystander. Do not victimize yourself or give into a no-way-out mentality. Use what you have been given as a gift to share with the world.

How to Get There

Many outpatient treatment centers offer programs like Al-Anon that offer support to children or loved ones of addicts. Depending on how entrenched or long-term the effects are, therapy or alternative types of treatment could help on the road to allowing yourself to be freed of the negative impacts. The most important thing is to remember that you are not alone.