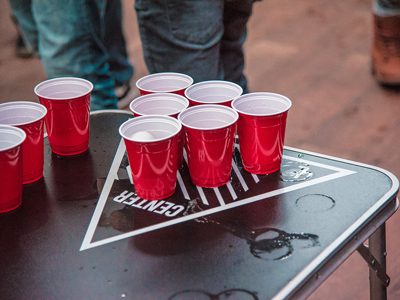 With the season of spring break in full swing, it’s a ripe time to discuss binge drinking on college campuses.

Spring break is a time when students tend to excessively drink. Many studies show that people increase drinking as a way to increase pleasure associated with celebrations and get togethers.

Because of alcohol’s legality, we often conflate alcohol with celebration and see it as a lesser evil in the context of substances. However, this perspective is deeply flawed. Alcohol abuse wreaks havoc on lives.

Despite a push for widespread awareness, decades of research, and campus task forces, binge drinking on college campuses in the United States holds as much threat to the livelihood and academic performance of students as ever before, putting more young people at risk of things like sexual assault and even death.

While many freshmen show up to college having already drunk alcohol, aspects of college life, such us unstructured time, distance from family, and academic expectations, create an atmosphere for drinking that can lead to binge drinking.

What is binge drinking?

Binge drinking is defined as a pattern of drinking that hikes blood alcohol concentration to levels at 0.08 or above. This is equivalent to women drinking about four drinks, and men five drinks, in around two hours.

According to a New York Times article, for two decades the rate of binge drinking among college students has hovered above 40 percent. Studies have shown that the urge to party harder is increasing with many young people drinking to black out. Liquor is being chosen over beer, and drinking often begins in advance of a party or social event.

Drinking to excess is not only an activity in college, but it’s often considered by students a right and part of the whole academic experience. For example, rated as the number one “party school,” Syracuse University tried to limit an outdoor gathering which led to outraged students calling the campus a police state.

According to a report released by the National Institute of Alcohol Abuse and Alcoholism, in the past month, around 60 percent of college students ages 18–22 drank alcohol; nearly two out of three of them engaged in binge drinking during that same timeframe.

Excessive drinking has immediate consequences that present serious health and safety risks including:

Estimated yearly statistics regarding binge drinking on college campuses by students between the ages of 18 and 24 were noted by the NIAAA as:

It is suggested that, in order to avoid binge drinking, one tracks his or her drink in order to stay in a safe zone.

A standard drink is equivalent to about 12 ounces of 5% beer, 5 ounces of 12% wine, or 1.5 ounces of 40% proof liquor. However, complying to these standards is difficult considering the difference in alcohol content or a mixed drink being poured strong.

One of the best ways to prevent binge drinking has been found in parental guidance. Parents who discuss adverse effects of alcohol and the potential consequences are often less likely to drink, especially excessively, according to the NIAAA.

Many schools have been working toward implementing programs of alcohol education and awareness in order to combat and decrease binge drinking among students. Of course, some students need individual attention as excessive alcohol abuse may be a symptom of a deeper problem, in which case, individual intervention is critical for the best outcome.

Unfortunately, it will most likely be a while before we are able to separate the interwoven identity of college and wild parties of drinking.

If you know someone who has lost control, or if you wonder yourself if your drinking is adversely affecting your life, do not hesitate to contact Fair Oaks Recovery Center to talk about treatment. Just because a substance is legal does not mean it’s not lethal.