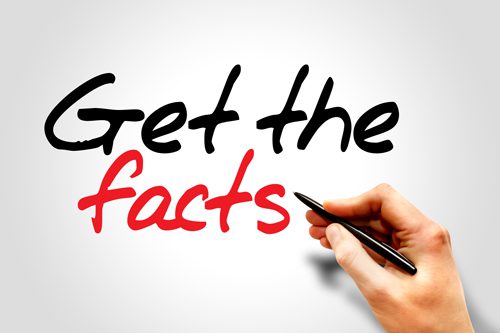 There are many misconceptions, glamorizations, and a general lack of verified knowledge regarding alcohol.

Although there are warnings on alcoholic beverage labels, particular alcohol facts are often not included. The overabundance of facilities that serve alcohol and encourage over-consumption make alcohol one of the most dangerous mind-altering substances. With liquor stores, convenience locations, and grocery stores at just about every corner selling alcohol, it can be hard to avoid its presence.

Some alcohol facts cannot be ignored. The National Institute on Alcohol Abuse and Alcoholism claims that “nearly 88,000 people (approximately 62,000 men and 26,000 women) die from alcohol-related causes annually, making alcohol the fourth leading preventable cause of death in the United States.” This is a staggering reality, especially when the Centers for Disease Control verifies that “excessive drinking accounted for 1 in 10 deaths among working-age adults in the United States.” But what is it about alcohol that causes such destruction and the potential for death?

One of the main issues with alcohol is that it not only causes potential harm to the drinker, but it can also harm others.

When people drink, it lowers their inhibitions, which can lead to risky behavior such as drinking and driving. When individuals who have been drinking get behind the wheel of a vehicle, they not only put themselves at risk but put the entire community in danger. Mothers Against Drunk Driving (MADD) stated that in 2013, almost 30 million people confessed to driving intoxicated. They go on to claim that “every two minutes a person is injured in a drunk driving accident” (MADD) This is a disturbing fact, especially because alcohol is legal and readily available.

Another issue with alcohol is that overconsumption can happen quickly and without warning.

When consumed moderately and safely, alcohol can be a safe accompaniment to celebrations, dinners, and other activities. The alcohol facts provided above show that when it is not consumed safely, it can be extremely dangerous and harmful, and has the potential to ruin lives. Fortunately, if you or someone you love are struggling with either binge drinking or alcoholism, or you’re unsure if a problem exists, there are fellowships and treatment facilities that can help you determine if the behavior has gotten out of control.

Contribution of Excessive Alcohol Consumption to Deaths and Years of Potential Life Lost in the United States. NCBI.