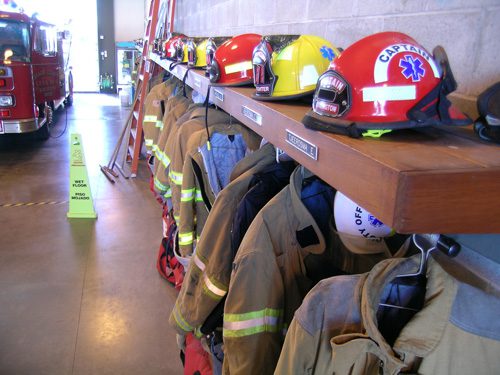 There is a stigma behind addiction treatment for 1st responders but, through awareness, is gradually becoming more well known.

My step-father was a captain in the fire department and a first responder. He responded to many crisis situations including a horrific tornado in Waco Texas in 1953. He was there for days and when he returned to our family in Dallas, I remember the look of horror on his face. 112 people were killed and over 500 seriously injured as a result of that tornado and although my father was a quiet man, he shared few sentences about what he had seen. However, he was especially upset about the young children he recovered from the collapsed buildings. He said with tears in his eyes, “The masonry walls had become airborne, lifted several little children and smashed them between the first wall and the back wall. I will never forget that sight.” He was a brave firefighter but there was another thing: he was addicted, and perhaps suffering from PTSD, at a time when there was no addiction treatment for most addicts and certainly no addiction treatment for 1st Responders.

These heroes were supposed to be invincible whenever they were needed and addiction was seen as a weakness.

It is estimated that 25 to 30 % of first responder’s have a problem with drugs and/or alcohol. In my father’s day, it was primarily alcohol but in 2016, the major problems involve painkillers. First responders get hurt on the job often and it is not surprising that many of them become addicted to pain killers. My father’s drug of choice was Jack Daniels. I know that because I saw it daily. He was a gentle alcoholic, never rowdy. He was a charming Irishman and quite likeable. So likeable that his alcoholism didn’t come to the attention of his superiors because his “house”, the fire station he called home, covered for him. All the young men covered for him and it was such common knowledge that at age 10, I heard adults openly talk about it.

As my dad got older, he began to have trouble with arthritis. Physical exams back in those days were not so rigorous as they are today and still, the younger firefighters covered for him both for his drinking and arthritis. If he had had a different personality and was not so beloved, he most likely would have been kicked off the force. Today, he probably would get some help for the crippling addiction that took his life way too early.

Not only has the drug of choice changed for responders, so have the attitudes the profession has of addicted brother and sisters.

Today changing attitudes mean that my dad’s co-workers would know that if they talked with the union or SafeCallNow.org, he would get help and not the boot. “Getting the problem out front and dealing with it, is the best hope for an officer to get better and return to full duty,”, says Sean Riley founder and executive director of SafeCallNow.org. Addiction treatment for 1st responders is readily available.

SafeCallNow.org has partnered with the FBI National Academy Associates to help raise awareness amongst officers, supervisors and upped management as to how to work with those who may need addiction treatment for 1st responders . It’s good for officers to seek help before getting into situations that jeopardize their careers or lives. In doing so, federal HIPAA and FMLA laws kick in to guarantee their privacy and their jobs after they get treated and are able to return to work.

The first step is to admit they have a problem.

Part of the awareness training for first responders is that they don’t need to go through their department for help. Sometimes support groups, unions and employee organizations are a better choice for them or concerned co-workers to get help. These organizations have lists of treatment centers eager to assist the first responder.

My dad never had any help with his addiction. He was a good man and a dedicated fireman. When I think of the suffering in my family, and how hard it must have been for my dad to suffer his addiction in secret and alone with no hope of solution, it is with gratitude that first responders today can get help.

If you or someone you love is suffering from drug addiction, please contact us today at (888) 989-9690. Our admissions specialists are standing by 24/7.