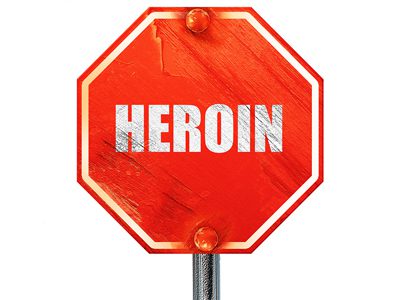 Opioids are classified as highly addictive, prescription strength pain-relieving drugs. These include oxycodone, morphine, fentanyl, codeine, and the illicit drug heroin. Many believe the rise of heroin addiction statistics is a direct result of opioid prescription abuse.

The Department of Economic Security reported that heroin continues to be the greatest drug threat as it has been on a steady growth from 8 percent in 2007 to 45 percent in 2016. The heroin threat is particularly high in the Northeast and Midwest areas of the United States, both of which report an increase in deaths caused by overdose. This is primarily due to the increased availability of heroin on the streets.

Heroin addiction statistics are predicted to peak in 2017, as suggested by Columbia Law Professors.

Their hypothesis is based on a theory called Farr’s law. Farr’s law states that any epidemic (including the AIDS epidemic, smallpox outbreak, cattle disease, etc.) follows a symmetrical curve that rises before it finally subsides. They argue that when access to prescription medication becomes more difficult with drug monitoring programs, people will shift to alternative and illicit substances, such as heroin.

To combat the possibility of a rise in heroin addiction statistics, the medical community has been asked to take more responsibility for their prescription practices, specifically in regards to prescribing the powerful painkiller OxyContin. It has been suggested that the medical profession continuously be trained to identify those who may be at a high risk for addiction and thus develop a problem with alternative pain medication remedies.

By working with one household at a time and one medical professional at a time, we can shift the astronomical heroin addiction statistics that continue to rock our world.