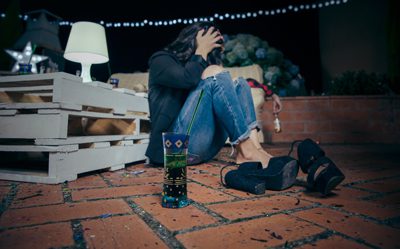 Most individuals that binge drink are not alcohol dependent, meaning they don’t physically or mentally need alcohol to function.

However, if binge drinking becomes a significant pattern, one has a higher risk of developing a dependency. In addition, those who have a predisposition to addiction and partake in drinking abusively may find themselves in a cycle of binge drinking and addiction.

Young adolescents already have an increased risk of dependency because of alcohol’s effect on the maturing brain, but individuals enrolled in a full-time college program are two times as likely to abuse alcohol. With the alarming number of college students drinking at house parties, sporting events and get-togethers, there is a new concern with binge drinking and addiction.

Because drinking at school-related events is often socially acceptable, it makes it difficult to recognize a problem in a college student who drinks.

Not being able to identify a problem can be extremely dangerous for those crossing the binge drinking and addiction line. With binge drinking, alcohol addiction can progressively worsen over time starting with intense cravings and the inability to limit drinking. Usually one has crossed the threshold of dependency when drinking continues despite warning signs and interpersonal problems.

If you believe you or someone you care about is struggling with binge drinking and addiction, we urge you contact your primary care physician for help. Resources are also available through the Substance Abuse and Mental Health Services Administration at http://www.samhsa.gov/find-help. The sooner help is received, the better chance one has for long-term sobriety.

To learn more about our programs at Fair Oaks Recovery Center and chronic relapse prevention, please contact us at (888) 943-2145.